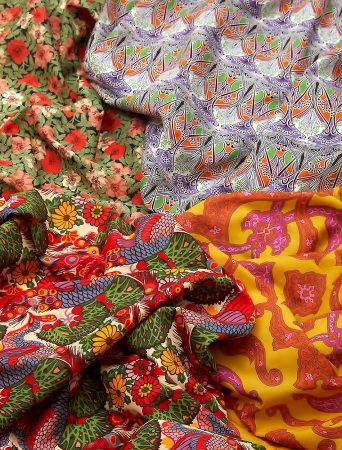 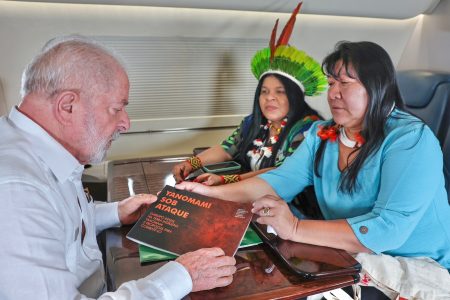 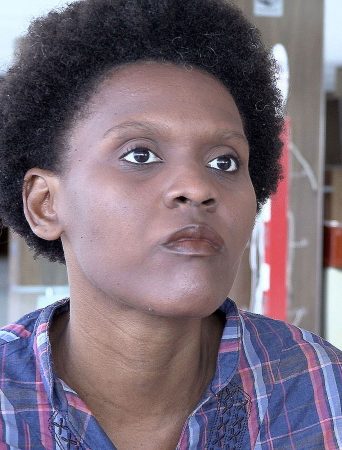 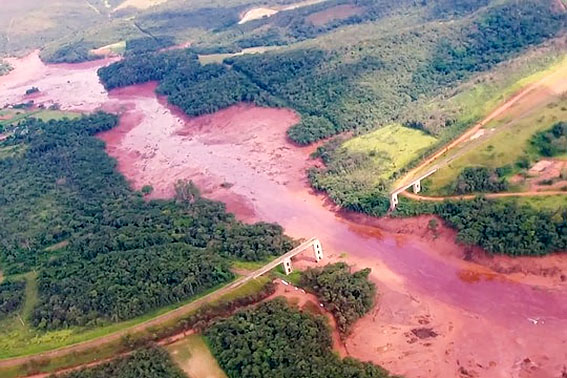 A dam collapse at Brumadinho in the Brazilian state of Minas Gerais. Photo: Ricardo Stuckert
POLÍTICA

(Geneva, brpress*) - ‘This is a crime, not an accident. We mourn for the dead and sympathize with the victims of this terrible tragedy. Vale has failed to learn from the past’, say IndustriALL.

(Geneva, brpress*) – Vale must be held accountable, say global unions IndustriALL and Building and Wood Workers’ International (BWI) as hundreds are feared to have died as a result of a dam collapse at Brumadinho in the Brazilian state of Minas Gerais on 25 January.

“This is a crime, not an accident. We mourn for the dead and sympathize with the victims of this terrible tragedy. Vale has failed to learn from the past. And now its workers are paying the ultimate price with their lives. There can be no more excuses. It’s time for Vale to listen and take real action to improve safety. The Brazilian authorities must shut down all companies’ operations with tailings dams until they are rigorously inspected,” says IndustriALL Global Union’s general secretary, Valter Sanches.

At the time of writing, at least 60 people have been killed and hundreds are still missing after the tailings dam operated by Brazilian mining company, Vale, released a huge wave of iron ore waste. This latest tragedy comes after IndustriALL and BWI filed an OECD complaint against Vale and British-Australian mining giant, BHP, following the Fundão Dam disaster in Mariana, also in Minas Gerais. The November 2015 tailings dam failure claimed the lives of 19 people and was Brazil’s worst environmental disaster.

IndustriALL and BWI are demanding a thorough investigation into the causes of the Brumadinho dam failure, which includes participation of unions. The global unions are also calling for immediate consultation with unions and civil society on tailings dam safety, and expeditious and just compensation for victims.

Vale has ignored the International Council on Mining & Metals guidelines on preventing catastrophic failure of tailings storage facilities, released after the Fundão Dam collapse. Further, it has failed to adhere to standards in tailings dam management outlined by the multistakeholder Initiative for Responsible Mining Assurance standard (IRMA).

Vale is the world’s biggest producer of iron ore, which is converted by its customers into steel and is a vital part of metal industry supply chains. “IndustriALL is calling on all companies in Vale’s supply chains, including multinational steel and auto producers, to share responsibility for this disaster and to use their leverage with Vale and the government of Brazil to ensure it is never repeated,” adds Sanches.

Ambet Yuson, general secretary of BWI says: “This tragic accident could have been prevented had measures been put in place when it was revealed publicly that Brumadinho dam posed safety risk to workers and the community. Vale failed to adhere to these warnings and once again shown its disregard to safety.  Workers have paid tragically with their lives.”

The BWI is a global union federation grouping over 300 democratic unions in 130 countries with members in the building, building materials, wood, forestry and allied sectors.