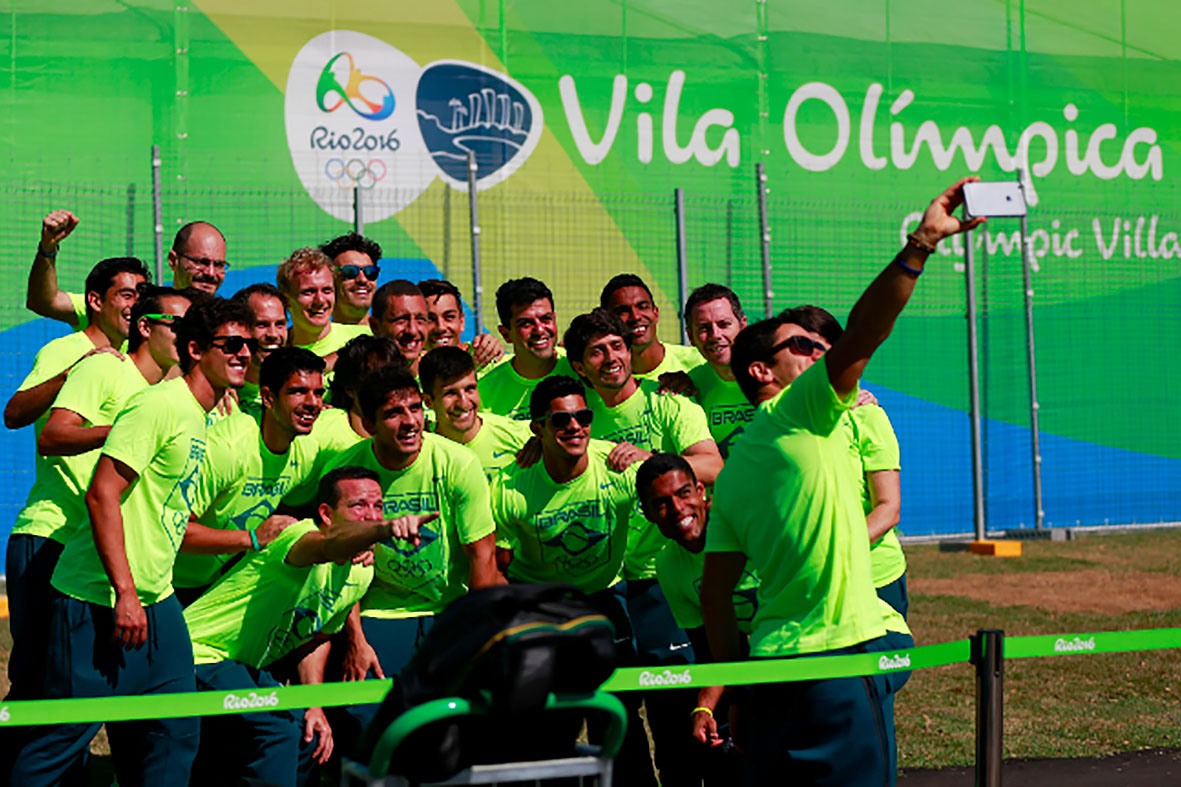 What Brazil can learn from India

(Rio de Janeiro, brpress) - While in India the sport is hugely popular, the Brazilians are still curious about hockey on grass and Rio 2016 will be a big chance to change it.

(Rio de Janeiro, brpress) – Hockey will be played in an Olympiad for the first time in South America during Rio 2016. While huge in Argentina, in Brazil hockey is still an elite sport. Hopefully the Rio Olympic Games will bring more awareness and passion to the sport among Brazilians. The fact is: hockey has already gained local audience’s curiosity.

Despite having goals, dribbling as well as penalties and a Brazilian Confederation, based in Rio,  the general manager Bruno Patrício admits that “there is a long way to hockey into fame in a country whose eyes are almost exclusively glued football”. The Brazilian male national hockey team won the Aquece Rio (“Heats Rio”, in free translation) – a tournament for Rio 2016 classification. The final was held in Chile and the Brazilian players Lucas Paixão and Rodrigo Faustino (the catcher) started their Brazilian hockey “reign”.

Speaking about hockey kings in Brazil might sound a bit too much – but not in countries like India, where “hockey will be the most important sport for Indian fans during the Olympics”, says Indian captain Sardar Singh to Rio2016.com – himself a 29 years old hockey king, who has played for India’s national team since 2006.

Despite the popularity of the sport in India, Singh stresses, however, that Rio 2016 is also seen as a big chance for a needed revival of the country’s hockey glorious times. Singh believes that India’s success in Rio would inspire a new generation of Indian hockey players and fans.

Arriving at the Rio’s Olympic Village on Sunday July 31st, defender Stéphane Vehrlé-Smith, a Brazilian raised in Britain which has joined the Brazilian national hockey team for the Games, said: “Brazil and hockey are two words that rarely appear in the same sentence, but Rio 2016 is a rare chance to change it”.

The English-born defender’s Olympic journey started with an email that seemed destined for his spam folder. Actually it was asking him about the possibility of joining Brazil’s national men’s hockey team. He said he almost couldn’t believe it. Now he has being part of the Brazilian team journey to stardom itself.

Perceived as exotic and fierce by the Brazilians, the quintessentially British “hockey on grass” (the sport’s official Olympic name) competitions are expected with high excitement – and also rivalry – levels at the Olympic Hockey Centre in Deodoro Olympic Park, the second largest venue cluster of the Rio 2016 Games.

Besides India, the other hockey favourites for medals are Australia, Holland and Germany on the male competitions; among female teams, Argentina rules (the muse and former captain of the “Leonas” team, Luciana Aymar, considered the best female hockey player in the world, has retired and is not coming to Rio), followed by Holland (Ellen Hoog is the team’s star) and Australia.