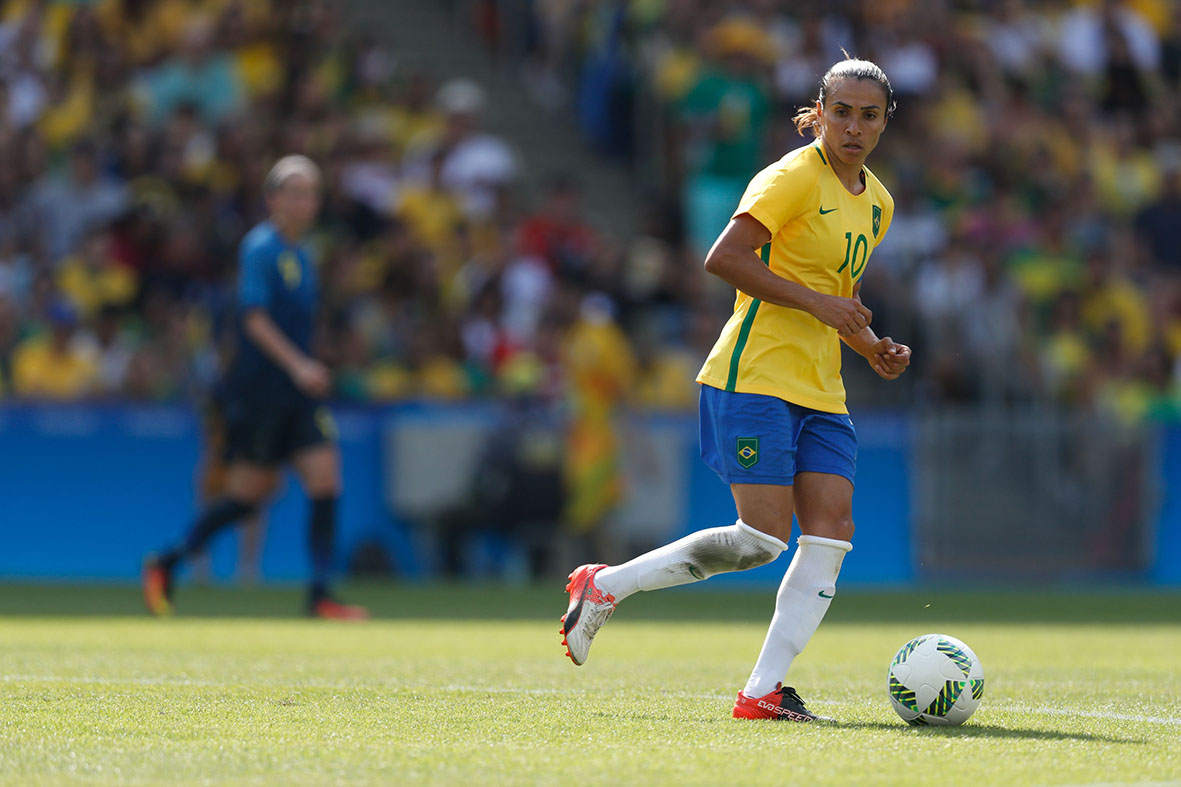 (Rio de Janeiro, brpress) - The coach Vadão lamented that the women’s team has not ended up with a golden medal – in his opinion the only way to keep the female football improving in Brazil

(Rio de Janeiro, brpress) – Scoring a goal on the first 15 minutes of the match was the strategy of the Brazilian women’s football team coach Oswaldo Alvarez, known as Vadão. But as seen on the match against Sweden, on Tuesday (August 16th), it didn’t work. The captain Marta has said the semifinal would be a difficult game. What she did not know was that the match would end on penalties – the first thing to be avoided according to the Brazilian women’s team plans revealed after deception took over the iconic Maracanã stadium, where the historical match was held. Its was packed.

The Swedes defeated the hosts 4-3 in the shoot-out to reach the final of the Olympic tournament for the first time, facing Germany in the final on Friday (19 August). The Canadians will face Brazil for bronze chasing. “We knew how strong they are”, said a sad Marta regarding Sweden. Brazil played against Swedes on the second fase of the women’s football tournament in Rio 2016, winning comfortably (5-1) after scoring a 3-0 in China on the first match. It was the beginning of the stardom of Marta and the girls.

Due to the bad performances of the Brazilian men’s football team on the two first games, led by star Neymar, Brazilian fans started to mock the male players making jokes on social media that the women were much better then the men’s team. Neymar went public to express how upset he was with the comparisons. To make things worse,  the most famous Brazilian sports presenter, Galvão Bueno, said on air that “screening Marta is better than Neymar on the match against Iraque (0-0) was a genuine outflow”. Bueno has added that “the football women are playing is the football fans want to see”.

What fans saw in Maracanã was Brazil goalkeeper Barbara Micheline, who brilliantly defended Australia’s shootings, suffering penalty shoot-out heartbreak, this time unable to save the crucial spot-kick from Lisa Dahlkvist, who wheeled away in delight to celebrate with her ecstatic teammates. Goalkeeper Hedvig Lindahl was the hero for Sweden, producing big saves in the shoot-out from strikers Cristiane – the most successful in  the Olympic Games having scored 14 goals in 18 matches – and Andressa. Marta was the only player who lost a chance to score against Australia.

After loosing to Sweden, the captain said that “penalty is like a lottery”, admitting that was the way of winning from Australia. “The Swedes are very good and they have cheered our job. They wanted to play the final with us”, Marta stressed visibly disappointed with having now the mission to fight for a bronze medal. She is 30 and probably Rio 2016 will be Marta’s last Olympiad. Winning the golden medal would mean a dramatic profile uplifting for Brazil’s women’s football. Now they will have to wait.

The experienced team is quite used to the Olympics pressure. They won silver in Atenas 2002 and Beijing 2008 – both loosing for the USA. In London 2012 they were eliminated on the semi-finals and could not fight for a medal. The trauma could be thrown away at home. But as Marta put “now we have to move forward towards the bronze”. To Barbara loosing “it’s as if we lost a family member”. Was Barbara dramatic or realist? “We haven’t been as lucky as we were on the other game [against Australia]”, the goalkeeper mourned. “The Swedes fought as much as ourselves”, she admitted.

The coach Vadão lamented that the women’s team has not ended up with a golden medal – in his opinion the only way to keep the female football improving in Brazil, “since the country does not have a season-long women’s league, forcing 13 of those in the 18-strong squad to ply their trade overseas.“The girls do not have where to play at home”. He complained about the lack of incentives and financial support, hoping that the good campaign made in Rio 2016 could show the female footballers a better horizon.