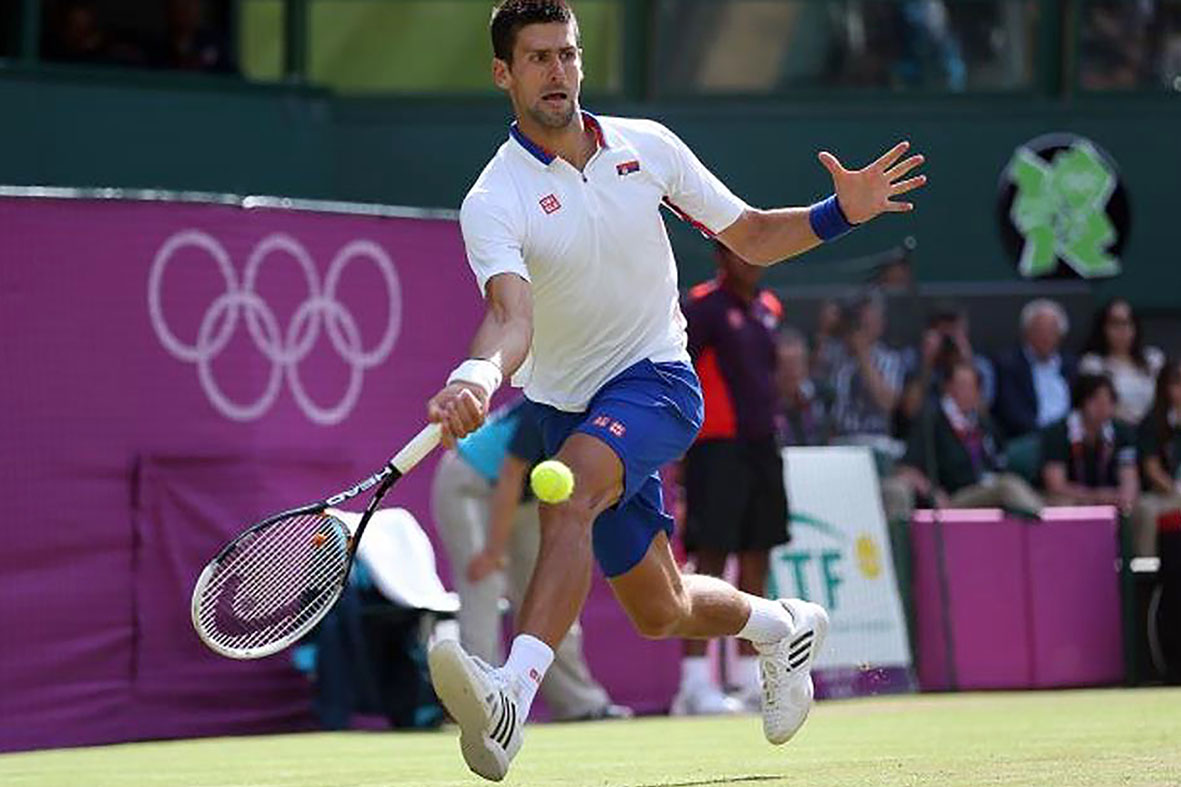 (Rio de Janeiro, brpress) - “May my love affair with Brazil grows and by the end I could crown it with a medal”, stated Serbian tennis star, , cheering Brazilian legend Gustavo Kuerten.

(Rio de Janeiro, brpress) – World’s number one tennis player Novak Djokovic declared his love affair with Brazil during a press conference at the Olympic Village on Wednesday (August 3). It was the first official statement of the Serbian star in Rio 2016. “May my love affair with Brazil grows and by the end I could crown it with a medal”, he said, poetically.

Since Monday (August 1st), the 12-times grand slam winner has been seen circulating at the Olympic Village, taking selfies with fans and gaining the sympathy of everyone, from media members to cleaners. Though is no secret that Djokovic wants to win Brazilians hearts – not only the gold medal. But Djokovic insisted in clarifying another inspiration for being Mr. Nice Guy of the Rio Olympics: the Brazilian tennis legend Gustavo Kuerten, or just Guga.

“There is no player more magnetic than Gustavo Kuerten. I am learning with him”, said Djokovic.The mutual admiration between the two champions has been building a a solid link between the Serbian and Brazil – transcending the glamorous  tennis universe to land on every sport fan or child in need of a better life. Like Guga Kuerten’s Institute, created to provide educational support through sport as as a tool for social inclusion, Djokovic also runs an educational project in Serbia.

Heart on the floor

In March this year, after winning Roland Garros, Djokovic payed homage to his idol imitating the classical gesture which became Guga’s trade mark: designing a heart on the clay court’s floor. Guga commented: “It was like winning my forth championship!”. Kuerten was exultant and openly promised that he will cheer for Djokovic in Rio 2016, where the Brazilian ex-player will work as a commentator for a main local TV network.

On one hand, surely it will be Guga’s job to comment on the world’s top players battle for gold at the Olympic Tennis Centre.  It’s not clear however which would be Guga’s shot of who have better chances of eventually defeat Djokovic: the British Andy Murray or the Spanish Rafael Nadal.

On the other hand, Djokovic did not say anything on the news regarding Nadal’s sudden decision to compete at Rio 2016 despite suffering with a wrist injury as he prepares for the Olympic Games. Speaking after training at the Olympic Tennis Centre in Rio on Tuesday (2 August), the Spanish team’s flag bearer was asked if he would be fit enough to play.

“Yes”, Nadal said. “I was talking with the whole team and the team decided that I am going to play, so I’m going to try to practise for the next couple of days. It’s not the ideal situation but my captain (Conchita Martinez) had confidence that I am the best option to try to get a positive result for our country. The wrist is not 100 per cent perfect but the best thing is that after the six hours of practice it is not worse than yesterday. That is great news”, the Spanish continued.

Rafael Nadal is not exactly the main rival for Djokovic. He was defeated by Olympic champion, world no. 2 and old friend from the junior circuit, Andy Murray in London 2012’s semi-finals, before losing the bronze medal (that he won in Beijing 2008) match against Juan Martin Del Potro. Djokovic was the Serbian team’s flag bearer at the opening ceremony in London. A bad lucky charm?

The fact is that both Djokovic and Murray are preparing for the first grand slam of the year, but the world’s top two ranked tennis players have Olympic gold on their minds. In Rio, Murray also lamented to absence of Swiss duo Roger Federer and Stan Wawrinka, who have both withdrawn because of injury. “It’s unfortunate with Roger and with Stan. They’re obviously two guys who are great players and capable of winning at events like this, so it’s a great shame they aren’t here”.

Less worries for Novak Djokovic, at least. By the end of the day, he believes that having the support of the “house owners” already sounds like “a great advantage”.