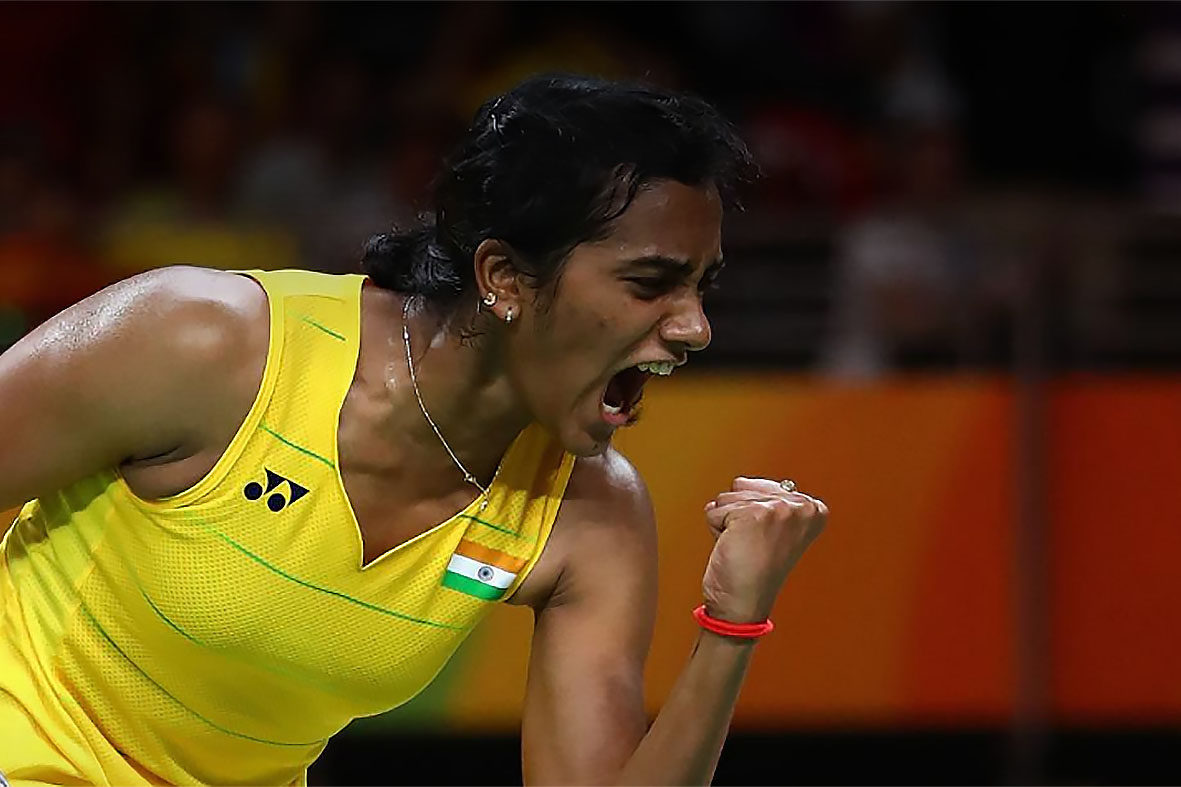 (Rio de Janeiro, brpress) – India’s biggest hope of delivering a first Olympic Games badminton gold medal for the country Saina Nehwal laboured to a 21-18, 21-19 defeat by the world no.61, Ukraine’s Maria Ulitina, on Sunday (August 14th). The main issue was a heavy strapping visible on Nehwal’s problem right knee. “I got the injury before the Olympics almost one-and-a-half, two weeks’ back, so I was not fully prepared,” said Nehwal, the London 2012 bronze medallist.

India’s hopes on badminton women’s then sat on the shoulders of Pusarla V. Sindhu after no.5 seed Nehwal limped out of the tournament. “Obviously I feel bad but the pain is there so there is nothing I can do about it”, said a visibly upset world’s no.1 considered as one of the most successful Indian female sportsperson, increasing the popularity of badminton in India.

PV Sindhu, who ended Women’s Singles Round winning  the silver medal, lost the gold to Spanish Carolina Marin who has been the first non-Asian woman to win a medal on badminton. Sindhu also looked in trouble after losing the first game of her winner-takes-all match with Canada’s Michelle Li in group M, but the No.9 seed bounced back to claim the next two and reach the last 16.

The first signs that Rio wasn’t going to be particularly pleasant for Saina Nehwal had come in her opening match – that pitted her against Lohaynny Vicente, the first Brazilian girl to play badminton in an Olympiad. The local rookie would rattle Nehwal and the crowds would shout the roof down as she needed to grit out a win with the scores snapping too close for her comfort.

“It’s definitely a heartbreaking loss. I also feel very bad about this,” Nehwal would simply say on her injury – enough for an athlete that has achieved many milestones in badminton for India. She is the only Indian to have won medals in all of the Badminton World Federation major individual events. Until PV Sindhu’s silver (on her first Olympiad), she was the only Indian badminton player to have won an Olympic medal.

In 2006, Nehwal became the first Indian woman and the youngest Asian to win a 4-star tournament. She also has the distinction of being the first Indian to win a Super Series title. A brilliant career that was awarded by the Padma Bhushan – India’s third highest civilian award –, in 2016.

Daughter of an ex-chief drug dealer

Coming from an opposite background is Brazilian Lohaynny Vicente. Daughter of an ex-chief drug dealer in Rio (who Lohaynny saw being killed, at the Chapadão’s slum), she started to play with the help of a social-sports project in Favela da Chacrinha, another Rio’s deprived zone.

The 20 years old Brazilian said that she wasn’t afraid of playing againt Saina Nehwal: “The pressure was all on her side, since she is a star and has been to other Olympic Games. It is my first Olympiad and despite loosing, I was honoured to confront with such an experienced player”, the Brazilian said.

Lohaynny’s history is marked by scars due to poverty and prejudice. “Hopefully this is a question that may already be considered something of the past”, says Ygor Coelho de Oliveira, the first male to play badminton for Brazil in an Olympiad.

Lohaynny’s friend (the pair has come from the same social-sports project called Miratus) Ygor stated: “We have never cared for prejudice, but it was there. People used to ignore us in local badmintont’s events, clearly because of our low income economic background. However, it has started to change”, he says, although badminton remains a highly elite’s sport in Brazil.

Ygor Coelho himself hasn’t done well in Rio 2016, despite striking an upbeat tone as he bode a fond farewell to his home Olympic Games on Sunday (August 14th) following a noisy 12-21, 12-21 loss to German athlete Marc Zwiebler, his second defeat in two days.

However, Coelho celebrates: “Badminton in Brazil is growing up. It is getting more popular (and) is not so expensive. The support exists”. On the other hand, Lohaynny still reminds when she had to train barefoot and without a racket. “I used to think a lot about giving up, but I fought for my dream. I am very happy for having been to the Olympics, it is a dream coming true”.

The pick of Monday’s ties in the last 16 of men’s singles pits no.5 seed Jan O Jorgensen of Denmark against the no.9, Kidambi Srikanth. He beat the Dane 21-19, 21-19 in the round of 16. The lone Indian in men’s singles,  Kidambi kept himself in the hunt by reaching the knock-out pre-quarterfinals from Group H by defeating Sweden’s Henri Hurskainen 21-6 21-18 in his second match to make the grade.

The top three of Lee Chong Wei of Malaysia and China’s Chen Long and double Olympic champion Lin Dan have all been given byes into the quarter-finals. Marc Zwiebler failed to progress to the knockout phase following his costly loss to man-of-the-moment Scott Evans of Ireland. Srikanth Kidambi played the quarter finals against Lin Dan on Wednesday (August 17th) but lost.