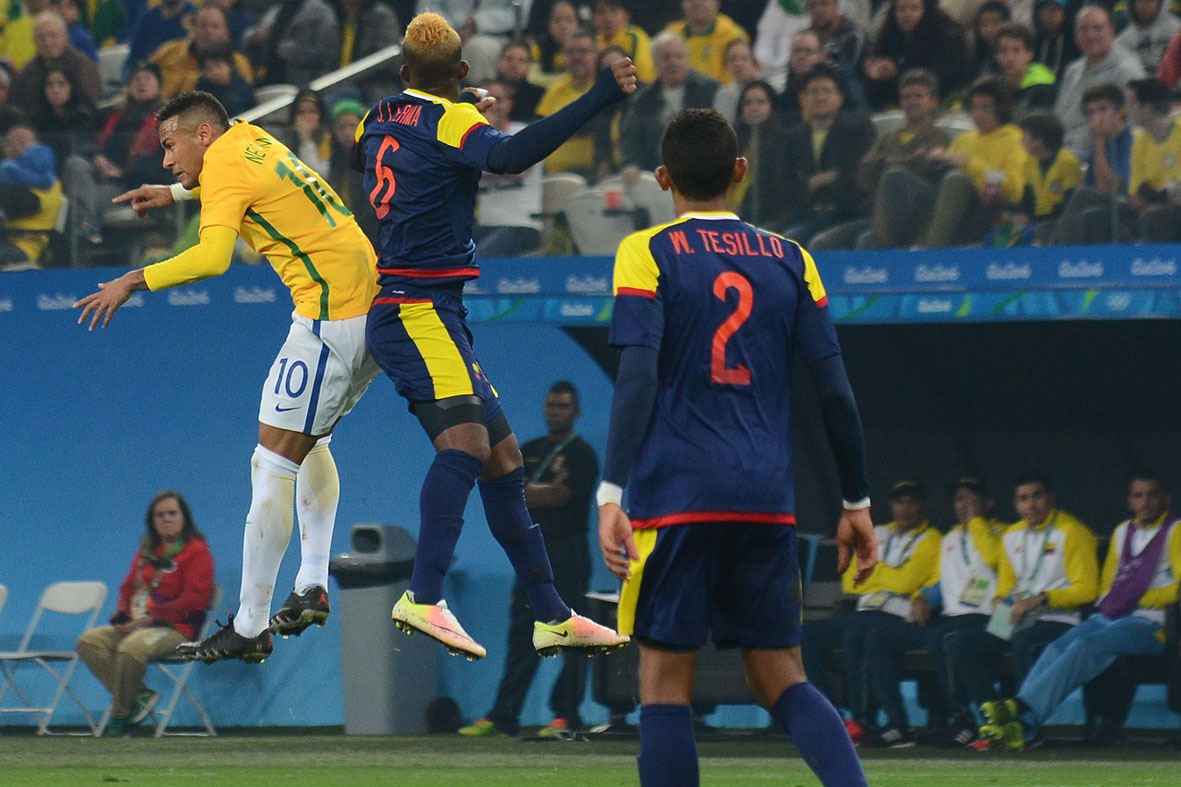 (São Paulo, brpress) - Brazil have never won Olympic gold at football but both the men's and women's sides have reached the semi-final stage of Rio 2016.

(São Paulo, brpress) – Brazil has beaten Colombia 2-0 in their men’s football quarterfinal at the Corinthians Arena, in São Paulo, on Saturday (August 13rd) to move to within a game of the gold medal match at the Rio 2016 Olympic Games and dispersing the heavy criticism from both fans and press since the beginning of the Games. Brazil have never won Olympic gold at football but both the men’s and women’s sides have reached the semi-final stage of Rio 2016.

Neymar was finally showing a good form, despite his right ankle injuries. It was a violent match. “Thanks God”, wrote Neymar on his Instagram. The icon kept the ball under his control all the match. He scored the first goal in a moment when Colombians started showing their despair. In one, nine-minute period during the first half, three Colombian players received yellow cards, each after rough tackles on the Brazil star.

They wanted Neymar out the of game and  heavily criticised the Brazilian icon.  Colombian coach Carlos Restrepo has said that his team showed a “wrong tune” and condemned the “fight” against the “house owner’s”. But he also stressed: “Neymar should the expelled”.

Colombia enjoyed better possession in the second half but Brazil were able to develop enough counter attacks to force a second goal, much to the relief of the hysterical 41,560 crowd. Colombia’s best chance came just before the hour, when Miguel Borja fired a rocket that was well saved by goalkeeper Weverton of the home side.

A low, pinpoint shot past Colombia goalkeeper Cristian Bonilla) from a free kick by Brazil captain Neymar – the first goal of the tournament for the Barcelona star  – opened the scoring for the host nation in the 12th minute. Luan added a second in the 82nd-minute when he cleverly lobbed the ball over Bonilla from outside the box.It was the home side who always looked stronger and most likely to score.

On men’s semifinal on Wednesday (August 17th), in the Maracanã stadium, Brazil will face surprise package Honduras, who defeated Republic of Korea 1-0 on Saturday at the Mineirão stadium, in Belo Horizonte. In the other semi-final, Germany will take on Nigeria. And Brazil can take Germany again on the final. Any memories of the World Cup 2014?