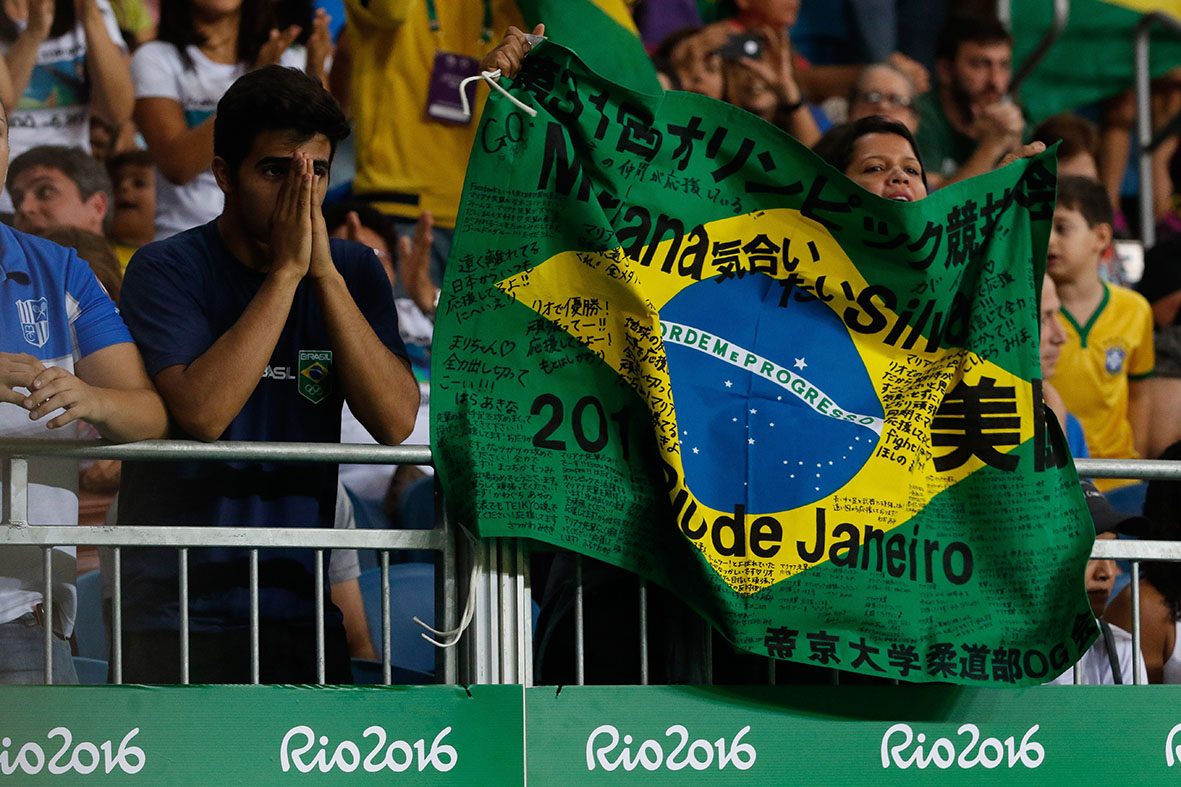 Olympic Games: to boo or not to boo

(Rio de Janeiro, brpress) –  Boos or “vaias”, as public manifestations to show disapproval or content regarding performances or sports contents are known on Brazilian Portuguese, have been a constant sound at Rio Olympics events – competing with the “carioca funk” hit Baile da Favela (“Favela’s Ball” or “Shanty Town’s Ball”, in English translation), a music by MC João with an explicit sexual content which has been changed to be played at the arenas.

The Brazilians have been quite used to boo politicians and it can be considered a predictable behaviour since the great public discontent protests against the government have erupted in 2013. And this behaviour has obviously being repeated during Rio 2016 competitions – the Brazilian Justice Ministry even tried to ban political demonstrations at the Olympics. But the boos are also being used as an intimidation instrument of other nations athletes during contests.

The complaints are reaching the foreign press headlines and the supporters of the Brazilian athletes/teams  opponents are reportedly bothered with the boos. The hostile behaviour of some Brazilian fans was already taken to the Rio 2016 Committee and to International Olympic Committee (IOC) by delegations bothered by shouts, songs and of course boos, demanding some kind of action and regulation to be made to avoid disturbing concentration and influencing results.

Brazilian Justice Minister Alexandre de Moraes said on Monday (Aug. 8th) the ban on political demonstrations at the Rio 2016 Olympics competition arenas is an administrative measure, but asserted no restriction on freedom of expression will be tolerated. “Freedom of expression is a constitutional right, so it must, and will, be upheld. That’s one thing.This legal and administrative ban, which is not only imposed by the International Olympic Committee (IOC), is another thing. FIFA had also obtained a specific law on that. The Supreme Court ruled that banning banners and posters at venues was in accordance with the constitution. There are similar regulations in the national soccer tournament,” Moraes said in Rio de Janeiro.

The Rio 2016 Committee Communications Executive-Director Mario Andrada has justified the boos as a “behaviour brought from the country’s football culture – in which booing the opponents is not considered an offence”. For Andrada, “boos are a demonstration of passion even if it can’t be considered its most elegant form”. Andrada stressed that, however, “passion for olympic sports is everything we could ever want to happen in Brazil” adding that it is impossible and it is not acceptable trying to impose any control on this passion”.

The right to boo

Garanteeing he hasn’t received any formal complaint, Mario Andrada admitted that in some sports silence in an utmost request for concentration and “the public of any country must respect it”. Some Brazilians, we have to say, behave very differently from other nationalities supporter’s. They irritated the Spanish basketball team while playing against Brazil; the tennis player Peng Tang playing against Brazilian Hugo Calderano;  the catcher of the female American football team Hope Solo (screening “Zika” every time she caught the ball); and the Japanese female basketball team. Openly supporting the Serbian tennis star Novak Djokovic, the Brazilians booed unmercifully the Argentinian Juan Martin Del Potro (although it didn’t work by the end).

The Justice Minister Alexandre de Moraes pointed out, however, that people have the right to boo and “offend within political and ideological limits,” provided they do not create disruptions to the games.  This is set out in the Rio 2016 Organising Committee regulations, which explicitly prohibit “items with a political or religious theme” and have been used at previous games. Regarding boos, it seems that it will keep going on until August 22nd, when the Olympic Games end.