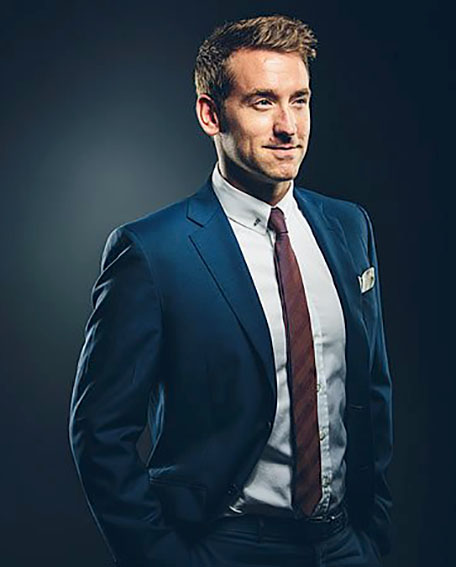 Kris Turnbull: the man and the mind behind the artsy décor and devilish delights. Photo: kristurnbull.com
LIFESTYLE

(London, brpress) - Kris Turnbull Studios, The Saphyre, The Vestry and the man himself: how a dare designer is reshaping luxury, lifestyle and gastronomy. By Juliana Resende.

(Belfast, brpress) – With its head office set in the grounds of a Grade B listed building along the fashionable Belfast’s Lisburn Road – the former Ulsterville Presbyterian Church, dated from 1923 –, Kris Turnbull Studios has been undoubtedly designed to surprise. Yes, the interior design enterprise created and directed by the British designer Kris Turnbull is religious about beauty, sophistication and creativity. These have  been his moto for 10 years, celebrated with a gala party this Saturday (February, 11th). Yet pure success is not everything.

Therefore it has became a reference in lifestyle and luxury projects in the UK, throughout Europe, America and even the Middle East, KT Studios premises offer far more from just the showrooms, a boutique (featuring his own brand objects), the offices and a design library astonishingly assembled inside the adapted church chambers. This noble Belfastian address combines a feast to all senses.

Sight and touch are obviously contemplated by the opulence and personality of the ambients fitted inside the abbey, where the most fabulous furniture by brands such as Fendi Casa, Kenzo Maison, Donghia New York, Hermes Paris, Leolux Holland, Armani & Rubelli harmonize with art and design objects, exclusive tapestry, cushions and curtains all in lavish luxurious fabrics.

Hearing is also there, inspiring. The “church” is the only one in the world equipped with an internal and external sound system featuring an upbeat selection of classy ambient and energetic deep house tunes (you feel like dancing in the street and that’s the intention). There are also plenty of smell and taste – no, we are not mentioning just the exclusive candles, home fragrancies and a hell of a good taste in every detail.

Independently attached to KT Studios within the backs of the churchyard lies one of the finest dinning spots of the Emerald Island (yep, the whole Ireland and not just the North): The Saphyre. This jewel, precisely a restaurant opened in November 2014, has already won three Michelin stars. Richly decorated, Saphyre has been currently appointed a not to be missed attraction during the 2016’s Northern Ireland Year of Food and Drink due to its edgy menu for lunch, afternoon tea and diner. The secret of its cuisine is mixing traditional Northern Irish flavours, such as the awarded signature starter The Ulster Fry, with an international twist by  head chef Joery Castel.

If Saphyre provides a unique dinning and stylish experience (you cannot avoid being impressed by the très chic tableware) for special occasions – ask for  the house one Label Wines –, why not investing in something less formal but still charming for day-by-day indulgence? It can be a perfect espresso with a macaron or a brunch from heaven at The Vestry. The café, opened in November 2015, is the ultimate endeavour of the intrepid and creative driven Kris Turnbull, the man and the mind behind the artsy décor and devilish delights.

Named literally after the sacristy, a room in which the vestments and liturgical objects are kept and often where parishioners and churchwardens would privately meet to discuss “episcopal affairs” (it’s actually a Middle English term used from the late 14th century), The Vestry has already became a bespoke spotlight for a healthy although never boring menu, ideal for an innocent coffee break, a quick but lush bite like its famous “ohhhh smells heavenly!!!” lemon & poppy seed muffin. Fancy some cake? Try the Red Velvet with a glass of champagne.

An artist, an achiever

It wouldn’t be exaggerated to defend that in order to keep mastering all these activities and businesses someone need to keep as pragmatic as possible in terms of complying with the demands of administration that leadership requires. However, Kris Turnbull is absolutely not monastic. On the contrary: he is essentially an artist who believes in the creative power as the main fuel for building dreams: “We are what we think. And all that we are arises from our thoughts. With our thoughts we make the world”, says Turnbull.

The young but experienced designer literally “eat and breathe it”. According to Turnbull, “managing all the businesses It’s not a job because if you treat it like a job you’ll never be successful. The design element never stops. From the showrooms to the boutique, the offices to the design library, The Saphyre and now The Vestry you’re always striving to improve or be better at what you do”.

Despite being still in his late 30’s, the designer  is one of the youngest and most successful businessman of Northern Ireland being awarded three times as the Personality of the Year, by the Belfast Telegraph newspaper. Kris Turnbull attended the University of Ulster Belfast Art College, where he won a scholarship to complement his formation in International Business with Design in New Orleans, US. “Being embedded in the creole culture was very important for shaping my inspirations and language”, says Turnbull, with that shine in his eyes.

Instead of moving permanently to London Turnbull rather decided to settle in Northern Ireland in order to make a difference in his native country thriving through talent and hard work. After being director designer for other business, Kris Turnbull became the frontman of his own Studios, opened in 2007. Since then, he has seen his firm being regarded among Northern Ireland’s 50 Best Business of the Year (2013), having been elected for four consecutive times the Best Northern Irish Interior Designer by Ulster Tattler Interiors.

In 2016, KT Studios has joined The List of the prestigious House & Garden magazine, reserved for providers of a “brilliant design service” in form of a an “indispensable online directory for anyone wanting work done to their home, from a single pair of curtains to a whole house project”.

On the other hand, the company has also built a reputation basically from word-of-mouth recommendations from doing beautiful Georgian estates in Northern Ireland. Having set a satellite office in London, now it means managing a high profile own list of clients, including royals, celebrities, artists and public figures.

Being a yacht or a penthouse, a hotel or a development, a high end residence or a flagship shop, a townhouse or a villa, a palace or even a church, Kris Turnbull and his extremely talented team are renowned as the professionals capable of bringing their expertise to complete each project with an effortless marriage of design and functionality, offering a full complement of design services, such as architecture, interior architecture and interior design.

Two years ago the company began producing bespoke curtains, and soft furnishings at their manufacturing facility in Lisburn (in Northern Ireland) a luxury living collection which is now being exported to 15 countries. For Kris Turnbull, “producing our own bespoke furnishings and accessories means we can just add an element of uniqueness, a little twist….something just special!”. The Studios also houses an exclusive boutique displaying many luxurious brands such as Hermes La Table, L’Objet, Furstenberg, Haviland, Versace and Etro Home to name a few, offering stunning and quirky gifts. 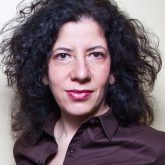